6/22/12 – One of the great things about traveling are the unexpected encounters with strangers. In a café in Mobridge overlooking the Missouri River we overheard an older white couple talking with their Indian waitress. Their interest in history and Native culture immediately drew my attention and I went over and introduced myself. It turned out the he was raised in our neighborhood of Noe Vallley in San Francisco and grew up with the famous musician Carlos Santana. Small world! Today’s travel took us mostly to small towns in the eastern part of both South and North Dakota. We began to see the difference between the Dakotas is almost more between the east and west rather than the north and south. The unique A.H. Brown Library in Mobridge was just beginning the construction of a new addition. We had scoped it out the night before so I was able to quickly photograph and then move on. One of the best libraries on the trip so far was in Roscoe, SD. It was started in 1932 by a small group of local women (where have I heard this before?). The group called themselves the Priscilla Embroidery Club and they built the library because they wanted to “do something worthwhile”. This one-room public library claimed to be the smallest in the country. It closed in 2002. Through several phone calls we were eventually able to find someone to open it up. The inside was musty, tiny and dark but contained the town’s collective memory including local newspapers from the early 20th century all carefully bound with string. I could se that the papers were fading and eventually this part of Roscoe’s history will be gone. Ipswich, SD has the wonderful Tutor style Marcus P. Beebe Memorial Library. This was a surprise in such a small, rural town far from any large urban area. Our primary destination in this area was Redfield, SD. It had an unusually beautiful Carnegie library. As I was setting up my 4X5 camera outside, the former Mayor of Redfield stopped his car on the street next to me and told me the story of building the addition to the library. He was proud of making that happen and I told him that he should be proud. Often, additions to old libraries do harm to the architectural integrity of the original building. The addition to the Miles City Carnegie Library is an example. The addition to the Redfield Carnegie added much needed space but was sensitive to the Carnegie Library design. From here we drove straight north to Jamestown, ND and then east to Valley City, ND. Both had remarkable old libraries and we again were surprised to find such elegant and impressive libraries in these small North Dakota towns. At the end of another long day we arrived in the eastern North Dakota town of Fargo. After quickly photographing the deco-themed West Fargo library Walker and I headed to the best Indian restaurant n the Fargo. And the only one as well. The owner was from Bombay and he and Walker got into an excited discussion about that incredible city. After dinner we rushed to the Main Library in Fargo. The library is modern and plain but the light from the building and the last light in the sky should make for some interesting photos. We checked in to our motel and I had to change film. As I sat in the darkened bathroom, I listened country western music, drank a beer and changed the 4X5 sheet film. After that I downloaded my digital photos onto my laptop. During the long drive today I wrote the blog for the previous day’s journey in longhand and later typed two day’s blogs on my laptop while Walker drove the car. Exhausted again, we both pass out into a deep sleep at 1 AM. Tomorrow we get up early and do it again. 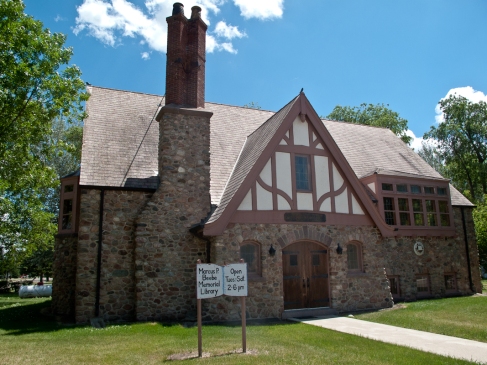 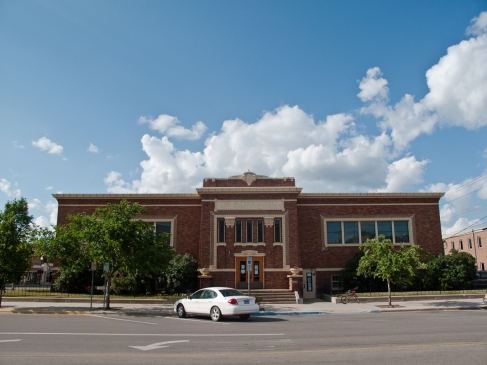 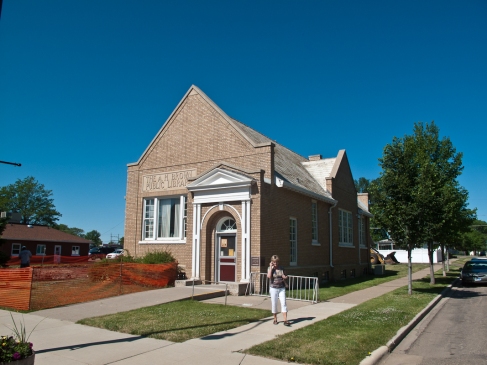 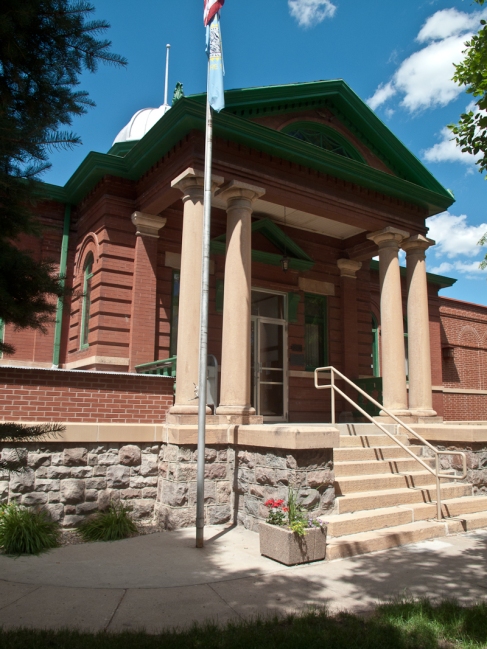 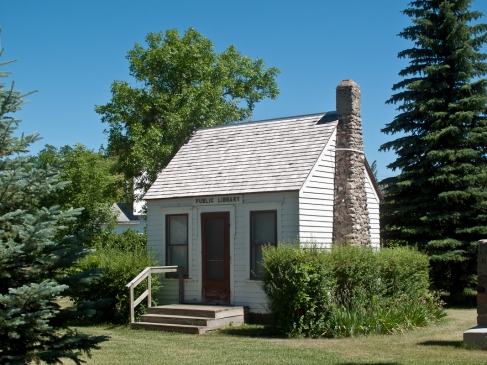 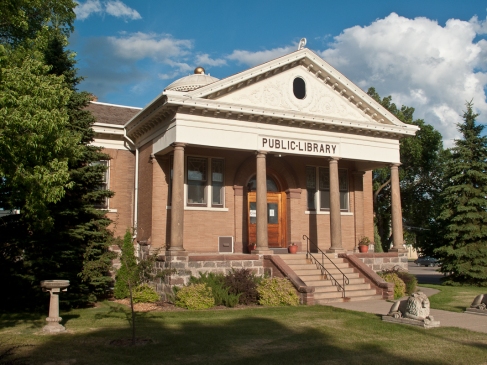 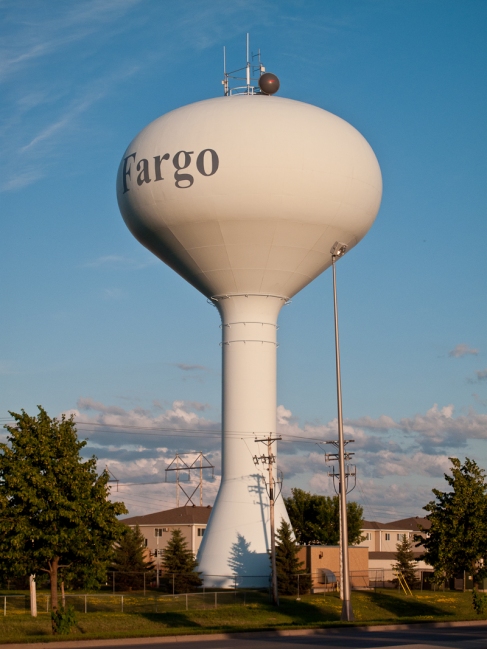 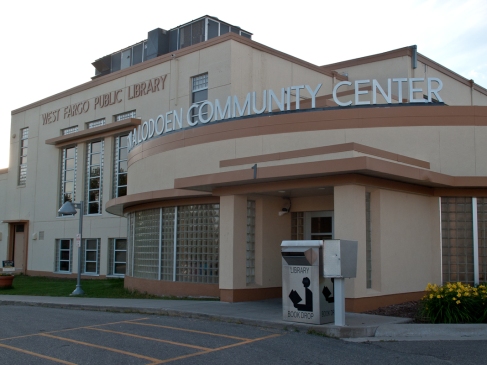