VACATION TIMES IN THE APOSTLE ISLANDS (sort of) and MINNEAPOLIS / ST. PAUL – TWIN CITIES ON THE PRAIRIE

VACATION TIMES IN THE APOSTLE ISLANDS (sort of)

6/25/12 – Waking up at the crack-of-dawn we take the 7:30 ferry over to Madeline Island, part of the Apostle Islands in Lake Superior. The library is in the little village of La Pointe, WI and is housed in a former schoolhouse. It is one of the cutest libraries on this trip and I enjoyed photographing it in the early morning light. Later, we walk into the local coffee shop and Walker taps me on the shoulder. “There’s Wanona La Duke “ he said nodding in the direction of an intense middle-aged woman sitting behind her lap top and talking on her cell phone. She ran twice for Vice President with Ralph Nader for the Green Party. She is a well known, Native American, environmental activist and now has a project that is part of Earth Island Institute where my wife Ellen has worked for years. She seemed pretty pre-occupied so we don’t introduce ourselves. I spoke with the café owner explaining our project and telling her that I regretted not being able to photograph the interior of the local library. With classic Wisconsin friendliness he said “We’ll fix that” and ran off to call the local librarian. Five minutes later the librarian showed up at the library with wet hair having just gotten out of the show. She gave us a wonderful tour of this amazing library. Small towns are great! After taking the ferry back to the mainland I quickly photographed the beautiful old Carnegie library on a hill in Bayfield, WI. We spent hours doing research looking for interesting libraries before the trip and it has really paid off. The Forest Lodge library Cable, WI is an example. It is a wonderful, early 20th century log cabin that is unique and thus important for this project. After quickly photographing a Victorian house/library in Taylor Falls, MN we drive into Minneapolis, MN to stay with our friends JoAnn Verburg and Jim Moore. Jo Ann is a brilliant photographer who worked with Ellen and Mark Klett on the Rephotographic Survey Project. She recently had a one-person show of her work at MOMA in New York. Her husband Jim is a brilliant poet who recently received a Guggenheim Fellowship for his poetry.  Their home is beautiful and is filled with art and books. They live near the Gutherie Theater in an up and coming neighborhood. We feel right at home. JoAnn took us on a fascinating walk through downtown Minneapolis along the shores of the Mississippi River. I am intrigued to think that this river links Minneapolis – St. Paul with New Orleans. Walker felt that Minneapolis was more energetic, diverse, and grittier than he expected. The River is at full volume and during our nighttime walk makes an impressive sight with the beautiful skyline in the background. We will spend the much of the next week meandering down the mighty Mississippi. 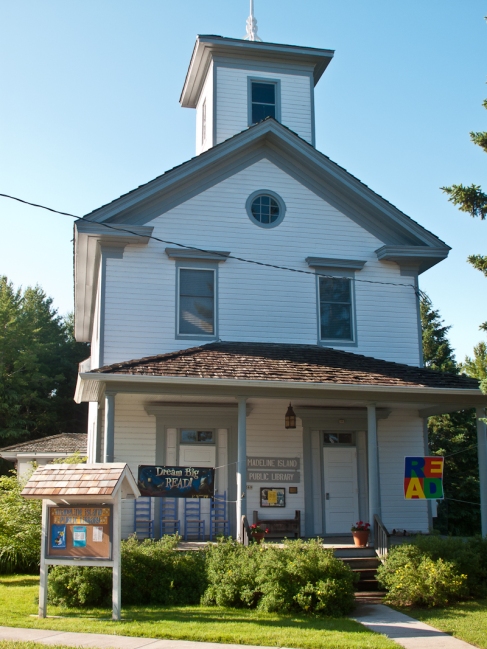 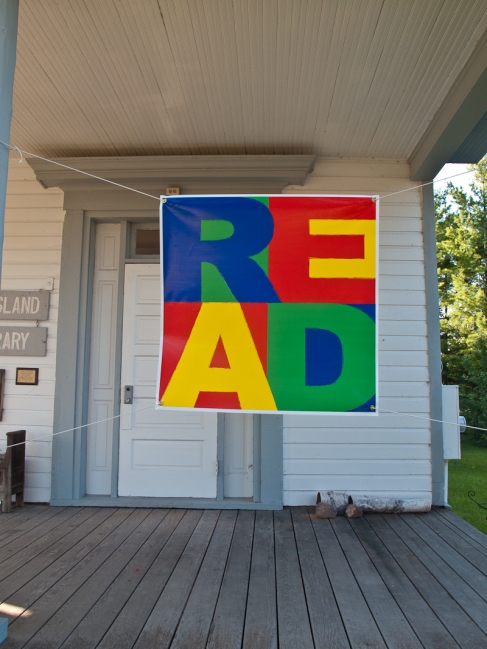 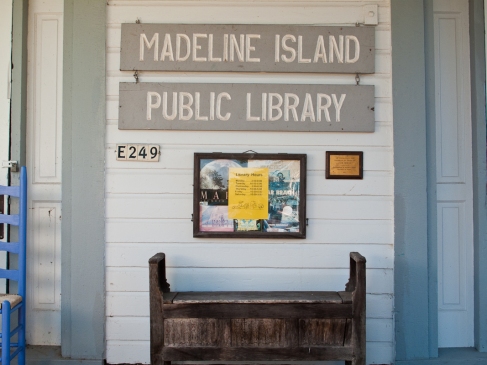 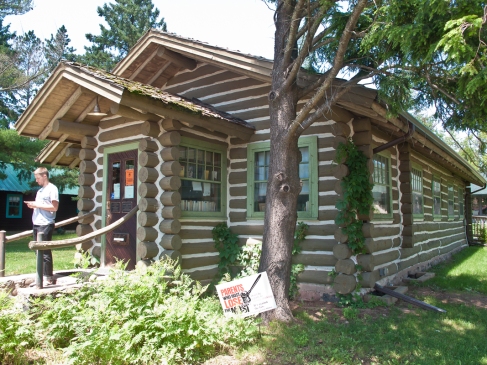 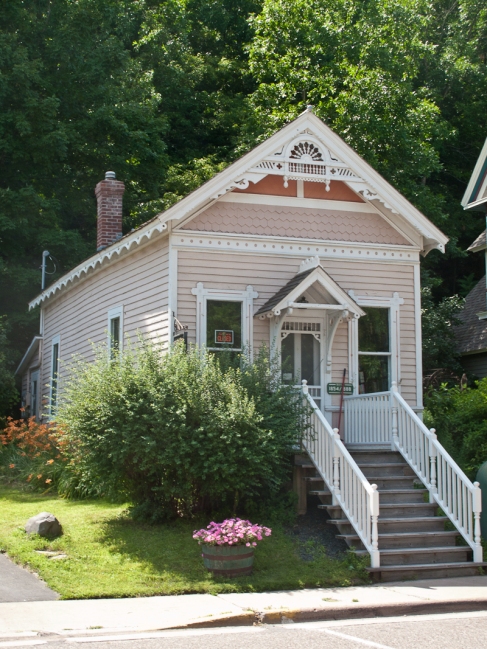 6/25/12 – In the morning I brought JoAnn and Jim a pot of freshly brewed Martha & Bros. coffee from San Francisco. They are real coffee fanatics and I am happy to share what we consider the best coffee in the universe. JoAnn had taken us by the Central Library last night on our walk. Because of that I know to drive to the top of the nearby six-story garage to get the elevated shot of the library in the morning light. The building was very new and had a fantastic peaked roof and a beautiful atrium inside. I photographed a shelf of Minneapolis phone books from the 1950s and the ultra modern Teen Center.  Minneapolis had a large Somali refugee community. We had an excellent, spicy lunch at the Safari Express, a Somali café in a food court. It is located in a old Sears & Robuck building that housed many ethnic stores. This place reflects the new ethnic diversity of the area. The library in St. Bonefacius looked really good on Goggle Street View. After lunch we spent the next hour driving through endless suburban sprawl to get there. This is Michelle Bachman country and we got very tired driving through identical malls and subdivisions. St. Bonefacius used to be an isolated, rural community but now was the far western edge of metropolitan Minneapolis. The library was beautiful and originally was a bank. After I spoke with the librarian I passed by a man who gave me a hand written note. It read “The Sacred Beatle (sp) or Scarab has been used by the Masons since Egyptian times. It is a symbol of new begging’s and fortune – Beatles (sp) are hatched at night & this is where we get the saying ‘It is Darkest Before the Dawn’.” After pondering this message I walked outside and found the molded Scarab (or “Beatle”) on the wall left by the Masons that built the original bank. We spent the hour drive back listening to “1491” and ignored the sprawl. We drove past Minneapolis into St. Paul to it old, massive Central Library downtown. For some reason not apparent to me the inside had been chopped up into little rooms. In spite of the large size of the library the general impression was claustrophobic rather than grand. To end our visit to St. Paul we drove past the impressive Capitol building and went to Lonely Planet’s highest recommendation for this city – the Hmong Marketplace. Like the Somalis that we saw earlier the Hmong had escaped violence and oppression in their homeland of Laos and Vietnam. Here and in the San Joaquin Valley in California are the largest concentrations of Hmong outside of Southeast Asia. We had flavored bubble tea and toured the fascinating Marketplace. Old men sat around swapping stories and watching videos about the homeland. We saw Somali women wearing colorful East African dress and headscarves shopping among the Hmong. Little plastic wrapped toy kits reinforced gender stereotypes. Pink doll kits for the girls and violent war toys for the boys. We left St. Paul driving back to Minneapolis along the wealthy, historic part of the city on Summit Avenue. Here was the home of F. Scott Fitzgerald and old money. The complex relationship between the Twin Cities fascinated us. Finally, we quickly visited JoAnn’s beautiful but subtle public art piece in a train stop located in a Native American neighborhood. We ended the day having a great dinner with JoAnn and Jim. Walker and both hope to come back as soon as possible to this great and welcoming place. 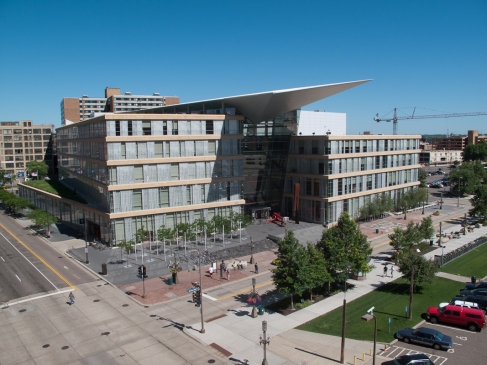 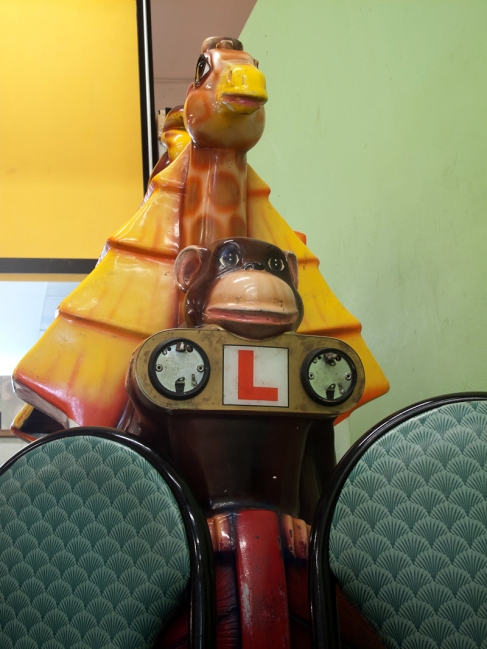 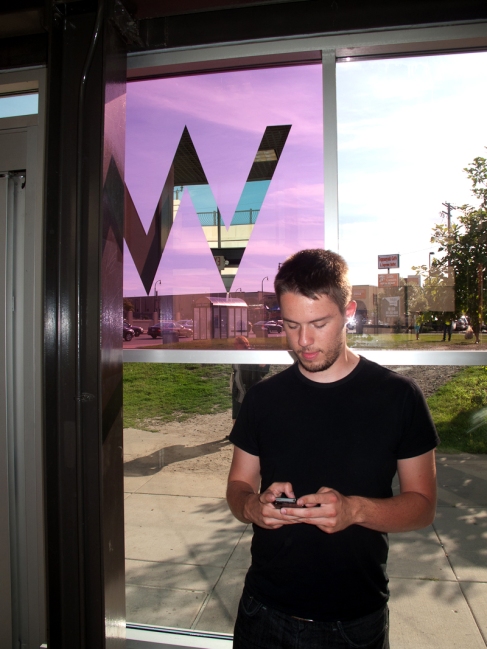 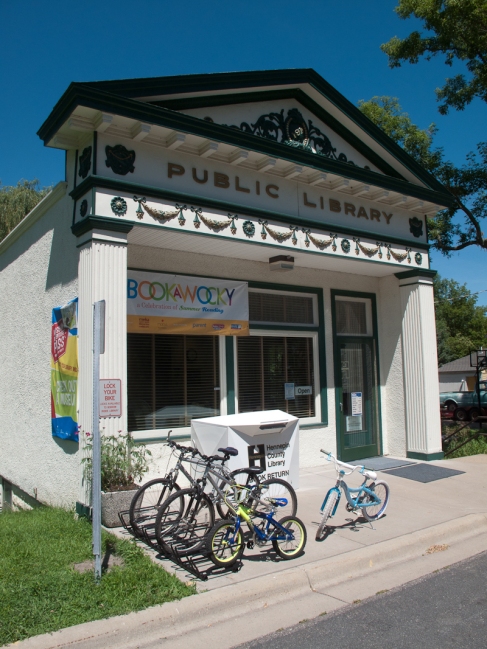