INTO INDIAN COUNTRY – THE DESERT SMELLED LIKE RAIN and CALIFORNIA HERE WE COME!

7/15/12 – We headed west from Durango to the Ute Mountain Indian Reservation. We knew that this was a poor tribe and we wanted to see if they had a library. We found it in a low office building shared with other tribal agencies. As far as we could tell the town was completely empty. I photographed the library and the surrounding desert including some far-off buttes. Just as I finished, out of the empty streets came a Ute man who asked if we had gotten permission to photograph. I explained that we hadn’t seen any signs stating that we needed permission but we certainly would have asked had we known we needed it. Plus everything was closed and there were no people to ask. He then said that we would have to pay a fine and he would have to confiscate my film. I could see that he was quite serious. I started talking about the library project and how it was intended to point out the importance of public libraries across the country. I told him how I came out of a working class background in West Sacramento and how my local library and my education helped show me a bigger world. He started to soften. His name was Seleyin White Skunk and he had served as an Army Ranger. He too had found that reading and education were essential to broadening his own worldview. He was now Tribal Chairman and he said that they were struggling to get their kids to read or use the library that I had just photographed. It was interesting to see how the library project became a way to bring us together. We both understood how essential education was for rising above our pasts. In the end he gave us permission and wished us a safe trip. We drove west under increasingly cloudy skies. Bluff, Utah was a fascinating town made up of Navajos, Mormons and Mormon Navajos. The library was housed in the old jail with a sign still above the door saying “Obedience To The Law Means Freedom”. It was made of very solid bricks. It was an interesting building with the Mormon Church and bright red desert buttes in the background. As I focused the 4X5 camera for the last shot a huge desert sand and rainstorm hit like a slap. I quickly put one foot down on my dark cloth that was starting to fly away. At the same time I reached over to grab my tottering camera on its tripod before it blew away. Just then Walker came running over and I yelled for him to put my large camera backpack in the car. I threw the 4X5 in the trunk and got wind blasted and soaked as I retracted the legs of my tripod. We were all shocked at how quickly and furiously the storm hit. We tried to wait out the storm in the car but eventually drove off into the wind and rain. Like the title of the Gary Nabhan book the desert smelled like rain. We continued west excited about seeing Monument Valley Tribal Park. The rain came in waves of violent downpours followed by cloudy darkness. As we approached the famous desert buttes of Monument Valley the sky was black except for a small light part in back of the buttes. Even thought it was raining we jumped out of the car and took what may be very interesting photos of the ironic rock formations. The Visitors Center was interesting because the Navajos, not the National Park Service, ran it. The Navajo Nation is one of the largest Indian Reservations in the country and includes the Hopi Reservation within it. The last library of the day was in the Navajo/Hopi town of Tuba City, AZ. Originally built as a Trading Post it now contained what a local Hopi man called “a lot of history”. Etched against a bright blue sky and sharp desert light I wished that this beautiful building could tell me its stories. We continued on into the changing weather. As we approached the eastern edge of Grand Canyon National Park we were treated to another whopping downpour followed by a weird lightshow in the sky. It was fantastic and unlike anything any of us had seen before. We made it to the Rim of the Grand Canyon in the last light of the day. Flashes of lightening were visible in the east from the storm we had just passed through. Nature never ceases to be endlessly fascinating. 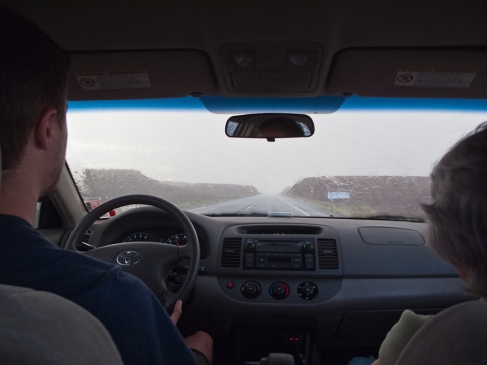 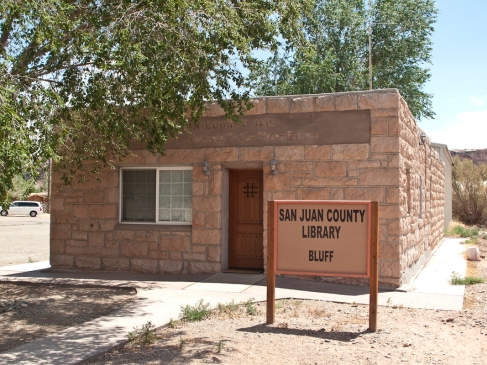 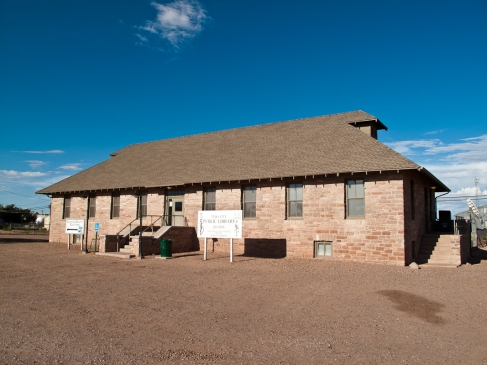 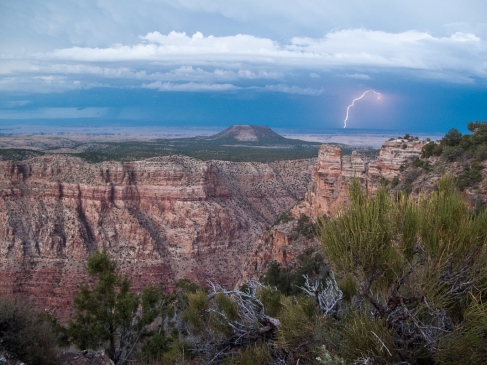 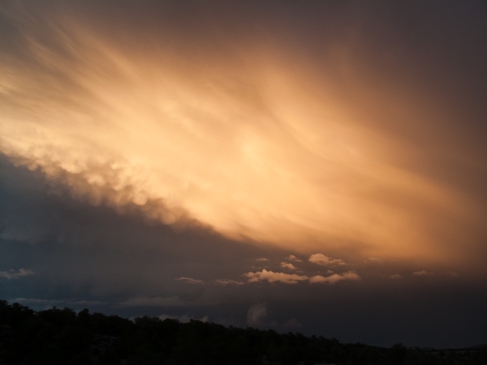 7/16/12 –  Grand Canyon – one of the Earth’s most powerful, inspiring landscapes – overwhelmed our senses. Its story tells of geologic processes played out over unimaginable time spans was a unique combination of size, color and dazzling geologic forms. It was a mile deep and 2 billion years in the making. We started the day with an early morning 3-mile hike to Ooh Ahh Point in the Grand Canyon. It was a thousand foot drop to a spectacular panoramic overview inside the Canyon. Of course, it was a thousand foot climb back up to the Rim. Walker did it in flip-flops dodging a giant rock that almost smashed his skull. The only library of the day and the last one for this year’s Library Road Trip was the Community Library in the Grand Canyon Village. Like Death Valley and Yosemite this was a public library within the National Park. It was actually a branch of the Flagstaff, AZ library and the librarian was an employee of the Flagstaff Public Library. It was originally built as a one-room schoolhouse in 1906. Its rustic cabin features fit nicely into the surrounding pine forest. The librarian apologized for the scaffolding on the front but I explained that I liked to photograph libraries as they actually are rather than an idealized version. We then drove straight for 500 miles over eight hours until we arrived in Bakersfield, CA. Our only stop was in Needles, CA where we got ice cream at the local DQ. It was 110 degrees outside but it felt great to be back in California. After seeing much of the country on these two big Library Road Trips we are still fascinated by the diversity of our home state including the strange desert of culture of places like Needles. We had the interesting realization that the two Library Road Trips touched here in Needles. The first night of last year was spent here. It was only 109 degrees then, but it was at night. Now we were traveling through here again on one of the last days of this trip. As we entered the San Joaquin Valley we thought of the Joad family as they first glimpsed this agricultural paradise in John Steinbeck’s The Grapes of Wrath. We drove into Bakersfield listening to Willie Nelson and mariachi music. According to the American Lung Association’s 2012 study this city has the worst air quality in the nation. Fortunately, we escaped most of the heat and pollution with a cool breeze blowing through the streets of Bakersfield.

Last year we photographed 189 libraries in eight weeks traveling over 11,000 miles. This year we photographed 110 libraries in four weeks traveling over 10,000 miles. In other words we traveled almost as many miles as last summer in half the time. No wonder we are exhausted! This year’s journey was much faster paced. In addition to photographing white culture this year we focused more on Indian culture. Last year we focused more on black and Hispanic culture. I am now ready to go home and develop and edit the film from this trip. After that I will be working 24/7 on the book. More on that later. Thanks for following this blog. Your comments are appreciated. I will be uploading some of the film images once I get them developed. I will also let you know the progress of the book. Until then, happy trails. And give your local librarian a hug. 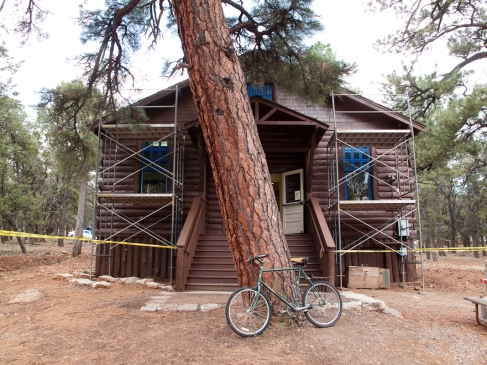 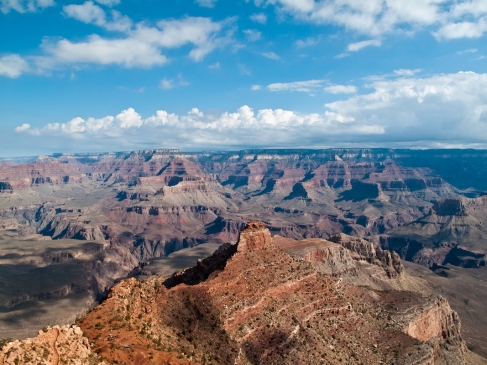 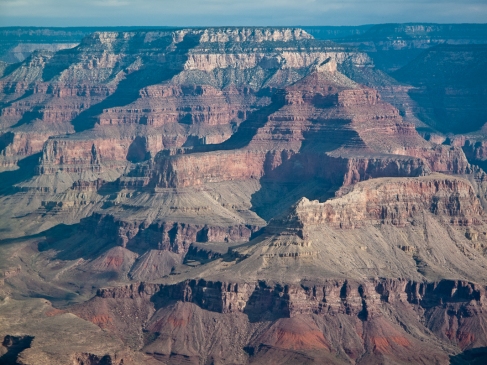 2 responses to “INTO INDIAN COUNTRY – THE DESERT SMELLED LIKE RAIN and CALIFORNIA HERE WE COME!”