7/26/16 – We flew from Warsaw to Ukraine and entered a new world. It took me most of this Spring to learn how to pronounce the name of our new destination – Dnipropetrovsk. About a month ago this large eastern Ukrainian city changed its name to Dnipro to remove the Communist part of the name. During the Cold War this manufacturing city was a “secret city” that produced munitions and rockets for the wars in Korea and Vietnam. It is still a manufacturing city today with a large factory owned by an oligarch spewing a choking cloud of pollution that permeates the whole area. 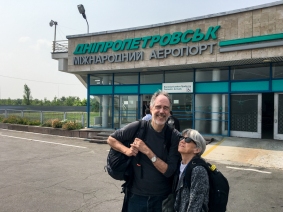 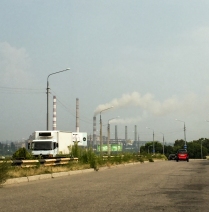 It is a Russian speaking city that now heavily supports Ukraine in its war with the separatists in the far eastern province of Donbas. Dnipro is about a three hour drive to the front and we feel the presence of the war here. Walker’s contact named Dasha picked us up at the small Dnipro airport. She works for the on-line photography group LensCulture that Walker works for as well. Although she lives in the US now she is back here visiting her parents. 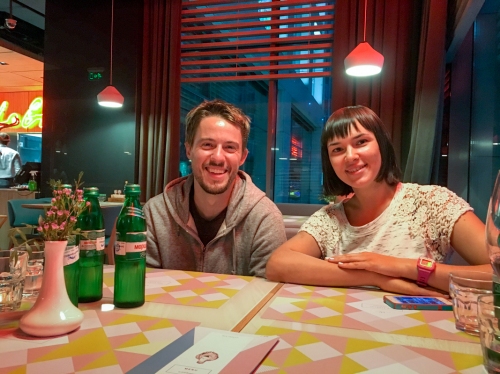 After we settle into our strange hotel we eventually make our way over to the Soviet era Central City Library. I gave a lecture here to an airless, warm room that is packed with mostly young people. They seemed genuinely interested in American public libraries and ask lots of good questions at the end. One guy even gave me a bullet which he says is a “souvenir from the Donbas front”. 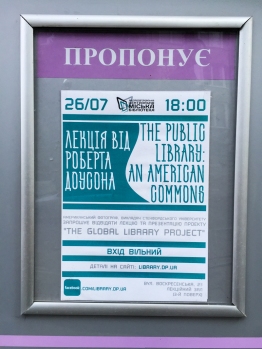 I was exhausted but went out to dinner in an American style, upscale shopping mall. This is the first time a shopping mall looked pretty good to me.

7/27/16 – Today is another busy day. We photographed four libraries starting with The Children’s Library. We were overwhelmed by the generosity of the people working here. We expected to spend only a short hour quickly photographing this place. The cultural differences started immediately with a long “tea time” where we were introduced to all the staff. We were given small gifts and lots of food and we quickly realized we needed to readjust our schedule. We were shown every aspect of this library by the enthusiastic staff. At the end Ellen was given a large collection of hand-made Ukrainian dolls produced by some of the librarians. We also saw the bottle cap donation bins to raise money for the veterans of the war. And, of course, before we left we had to take lots and lots of group portraits. 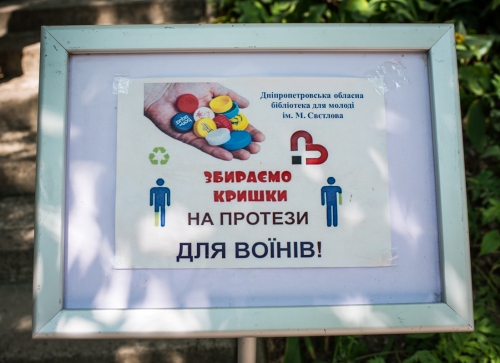 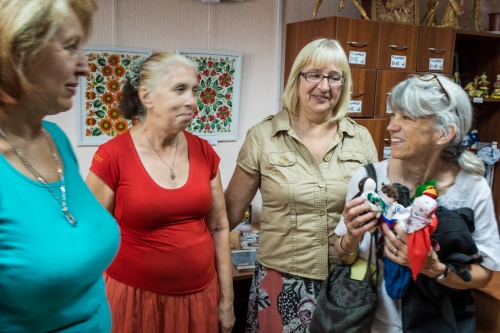 We then did a short visit to the Science Library and then on to the New Library which was 30 years old. Inside was a young man giving a computer lesson to three older women. He was what is called an “internally displaced person” coming from war zone in the East. He taught himself English from computer games and Facebook. This neighborhood is a poor part of Dnirpo and contains many families displaced by the war or the Russian take over of the Crimea. It is also where many veterans and their families live. 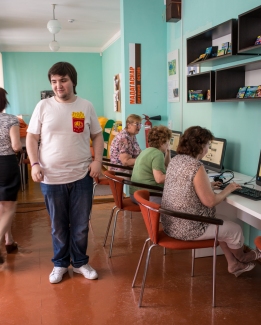 After a long walk over rough streets in the heat and pollution we take a short break having lunch in an “authentic Ukrainian” restaurant. Our next stop is Dnipro’s Central City Library. We spend a long time talking with a young woman who is a psychologist for war veterans and their families. She is deeply grateful to the library because it is the only place in town available for free.

The wonderful head of the library is Magda and she was a force of nature. She proceeds to take us on a tour of every aspect of this large four story library. This includes the art therapy area for returning and wounded vets from the war, art therapy area for children affected by the war, local arts and crafts, the music library, an IDPs photo exhibit, and a historical display on a famous Ukrainian woman writer who collaborated with the Nazis during WW II and wrote anti-Semitic articles. 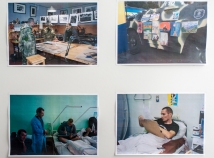 We finished the day by Dasha taking us taking us to a cool, hipster restaurant and having one of the best meals of the trip. 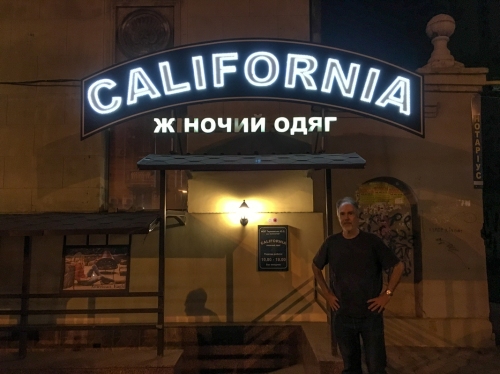 7/29/16 – We basically spent most of the day getting organized and having Dasha drive us to the airport. On the way we stopped at a beautiful island/park overlooking the Dniper River. We visited an old Orthodox Church situated on top of an artificial waterfall. We also visited a large Soviet era monument. Dnipro will always be one of the most interesting places on this trip. It is rough and not beautiful. But in its grittiness it possesses a deep character that reminds me of places like Bakersfield, CA or Midland, TX.

We end the day in the very different city of Kiev, Ukraine. Here at the famous Maidan Square we see reminders of the war and making fun of Putin. 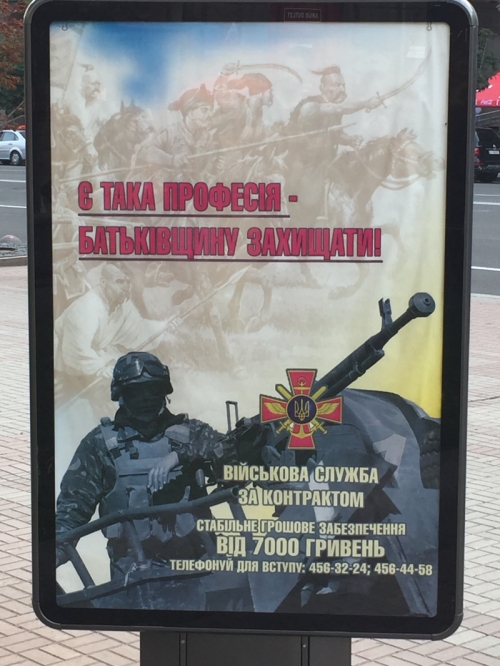