We continued our drive east. As we crossed the border of Ontario we entered the vast Boreal Forest of the Canadian Shield. Here the forest is huge, but the soil is thin, a result of the last glaciers that scraped the land clean. Approximately 50% of Ontario’s area is part of the Boreal Forest. It is sometimes called the Amazon of the North and, like the real Amazon, it is beginning to burn because of climate change. It is the world’s largest storehouse of carbon after Brazil. We stopped at a small pond and have a much-appreciated picnic of peanut butter sandwich with a side cup of coffee. I picked up a small piece of birch bark and marvel at its delicate beauty in the weird northern Canadian light. 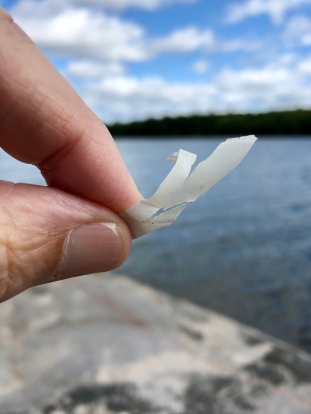 We pulled into Thunder Bay, ON after another long drive. Just as we get to the edge of the city we spotted a library in a shopping mall. The light was beautiful and a security guard was just closing the doors to the mall. The pedestrians outside were a real mix of the city including bored shoppers with fidgety kids, a Muslim woman wearing a scarf and several desperate Indigenous people begging near the entrance. We later learned that there are several Native Reserves nearby and sometimes the relations between them and the city are tense.

We stayed at a renovated hotel which used to be City Hall. Our room had a spectacular view overlooking Thunder Bay and Lake Superior. We went to a nice restaurant near the yacht harbor and we talked about how different our perception of this area is from our son Walker’s view from a Greyhound bus two years ago. 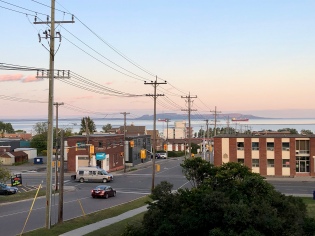 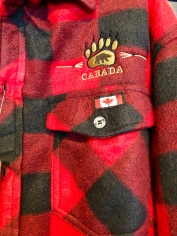 Today is the first day since August 19th that I don’t photograph a library. We have another very long drive which takes us along the spectacular, wild northern shore of Lake Superior. The 9 ½ hour drive is slow going with heavy rains at times, two lanes and lots of trucks and construction. Music and podcasts continue to be our entertaining traveling companions. The literary highlight of the day was arriving at the tiny village of White River, ON. It contained a monument to Winnie the Pooh. The real Winnie came from here and was named after the city of Winnipeg. The young orphan bear was purchased from a trapper here by a Canadian solider on his way to Europe and WWI. The bear was later donated to the London Zoo where it became something of a celebrity. The real Christopher Robbins fell in love with the bear and his father, A.A. Milnes, wrote the famous tale about his son and the bear that became a classic of children’s literature.

We arrived exhausted after the day’s drive to the city of Sault Ste. Marie. The French name means the “Falls of St. Mary” but the falls are buried under a series of locks that connect Lakes Superior to Huron. We can see the US on the other side of the Canal but we aren’t ready to return just yet. When we get out of the car I am struck by a toxic, acrid smell from a nearby steel plant. Even an ensuing downpour doesn’t eliminate it but the smell gradually disappeared. I felt sorry for the residents of this industrial city and wondered about the condition of their lungs.

The next day we took an emotional road trip. Although I photographed the very nice library in Blind River, ON our real purpose was to make a pilgrimage to the place of the lyric of the Neil Young song “Long May You Run”. We watched the Blind River run as we listened to the song from our CD player. 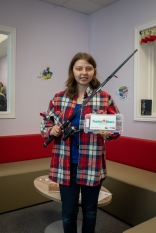 We then headed to the city of Sudbury, ON which we had last visited on our honeymoon thirty-six years ago. We went there then because we were interested in the effects of mining on the landscape and Sudbury was the largest nickel producer in the world. Since the 1920s, it had been a toxic industrial wasteland of bleak black soil. So barren was the surrounding terrain that NASA came here to train in the 1960s. We continued our honeymoon beyond Sudbury to visit toxic waste sites throughout the American West. It was very romantic and we are still happily married. We re-visited the statue of the Big Nickel which is a giant stainless-steel replica of a 1951 Canadian nickel coin. 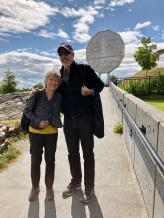 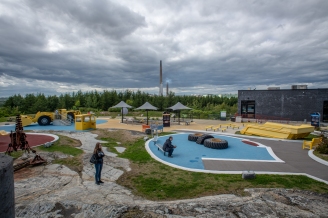 The Big Nickel, Sudbury, ON 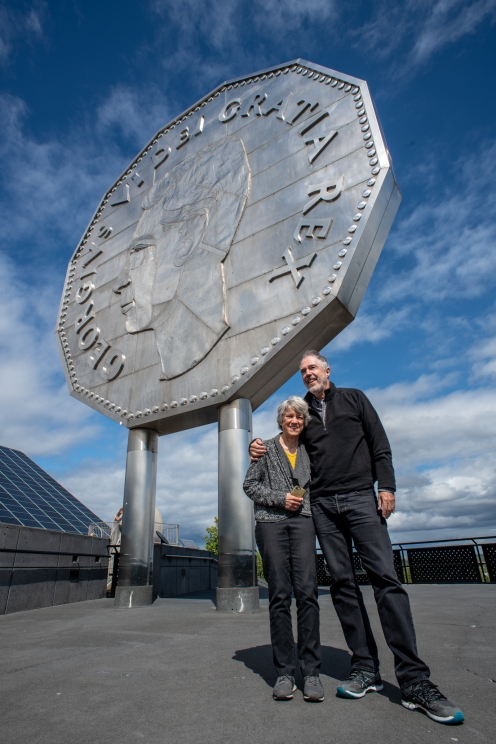 The Big Nickel, Sudbury, ON

We photographed one rather nice-looking modern branch library on the edge of Sudbury. After another long drive, we arrived in the magical city of Toronto.