MARK TWAIN TO ST. LOUIS and MANY SIDES OF ST. LOUIS, MO

6/29/12 – I was excited about photographing the Iowa City library. We hadn’t planned on spending the night here so this was an unexpected treat. This literary city had book sculptures in the library and on the street that reflected the values of a town that thrived on writing. How unusual! In doing our earlier research for this trip there were certain libraries that we marked with a * for being especially important or beautiful. On Google the library in Letts, IA was small, old and beautiful. When we got there it was closed and had been replaced by a brand new library. Ordinarily the severe, clean lines of this new building would have been a big disappointment. But just in back of the library stood a large complex of silos and towers that were extraordinary. Combined with a flapping American flag it made for what could be a first class image. Again, Iowa forced me to adapt. We crossed the border dividing the Northern state of Iowa from the more Southern state of Missouri. Another *’d library was in Hannibal, MO home to the famous writer Samuel Clemens. Hannibal was a poor town that was trying hard to cash in on the legacy of Mark Twain. The library was built in 1901 and was a gem. Unfortunately, the inside had been all chopped up and the new additions did not integrate well with the old. The outside was spectacular. Even though it was 107 degrees in the shade I spent a long time photographing this unusually beautiful library. I finished by photographing parts of the interior that reflected the community. One display of old photographs had a haunting image of what appeared to be ex-slaves. It was faded and of poor quality. Someone had added back the eyes that presumably had blurred. Along with the more expected images of steamboats and panoramas of the town the photo of the African Americans added a surreal touch to this area’s history. Missouri was bitterly divided by slavery and the Civil War. The Ken Burns PBS documentary on Mark Twain helped explain some of this troubled past. Perhaps we are overly sensitive to it but it seems that places like Hannibal, MO are still struggling with its bitter past. We finished our day in St. Louis, MO. Hannibal felt like a small Southern town but St. Louis had the complexity of a larger American city. Immense wealth and poverty existed side by side along with a recent history of racial tension and white flight. We saw gated, private streets not far from desperately poor neighborhoods suggesting a fearful place. One dinner at Milos Bocce Garden was an example. It was located in what appeared to us a remnant Italian working-class neighborhood. The inside was noisy, packed and air -conditioned. The outside patio was a tolerable 103 degrees and was next to the well used bocce court. This was an exciting sports bar/restaurant that gave us a glimpse into what much of St. Louis used to be. 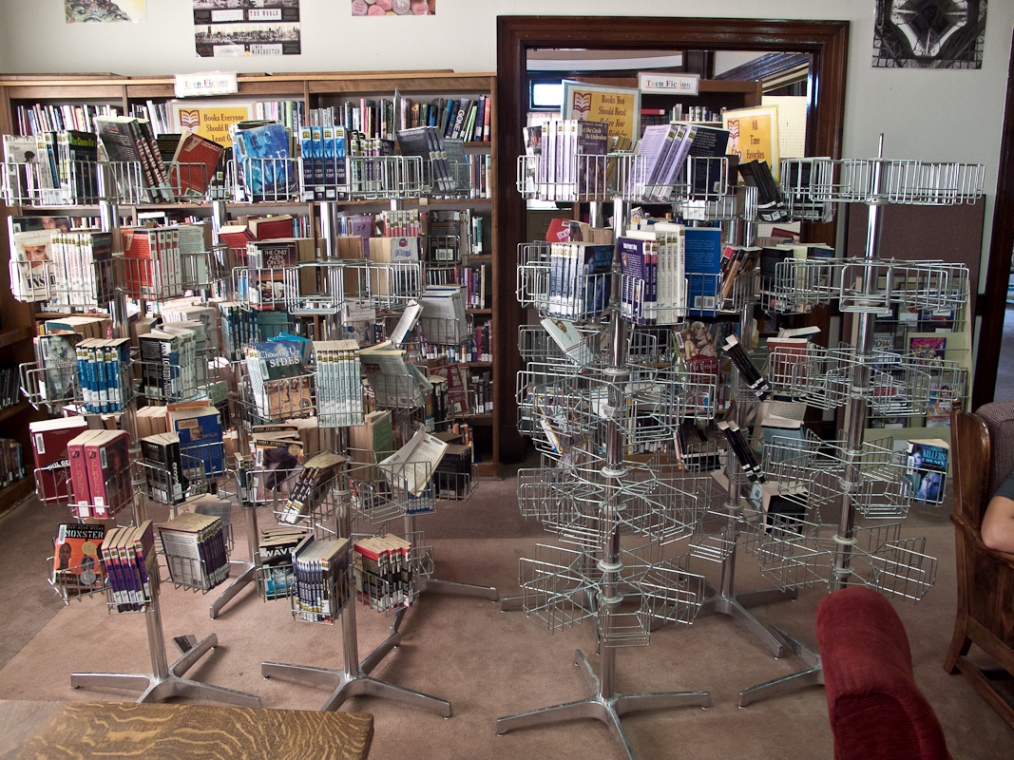 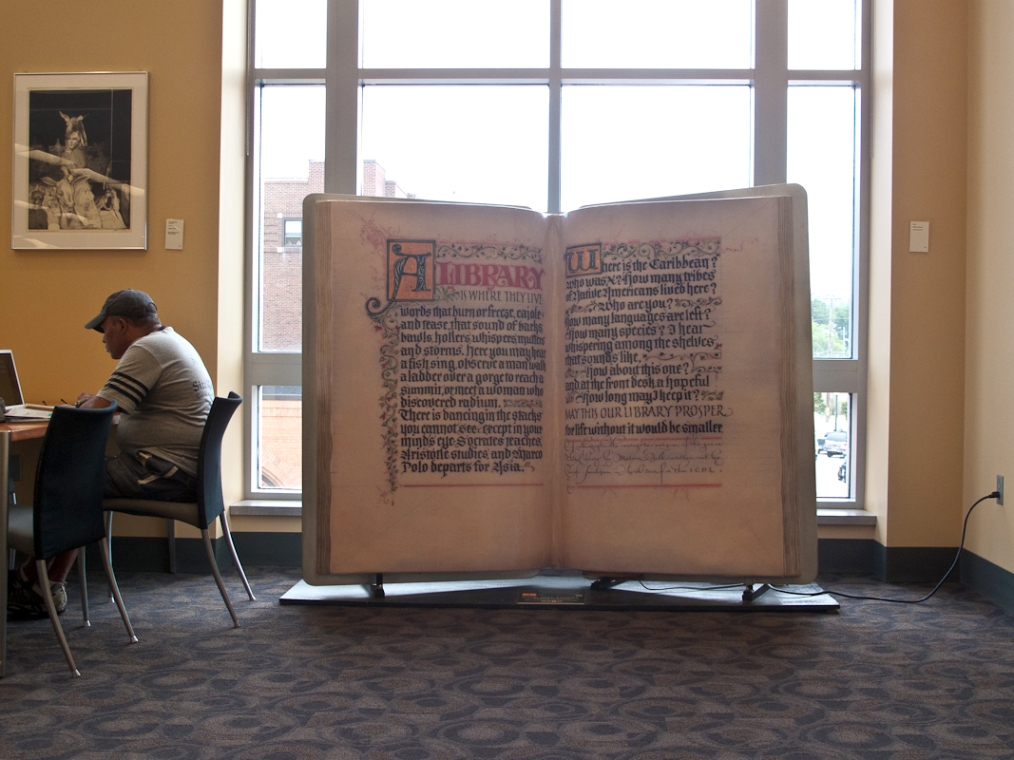 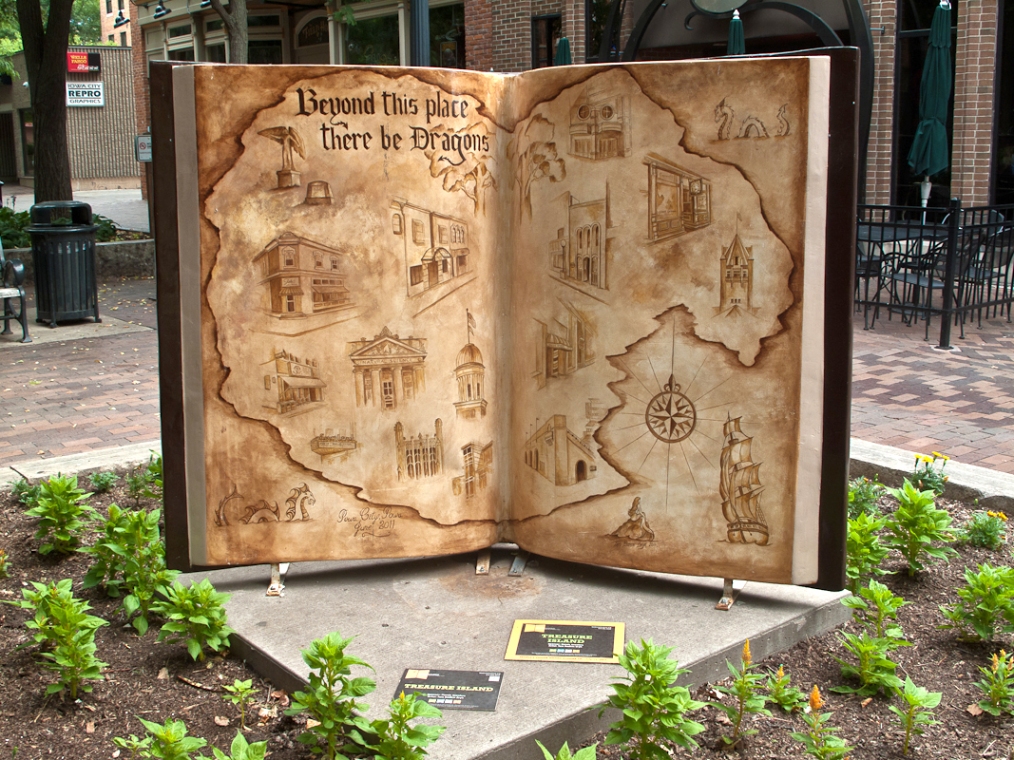 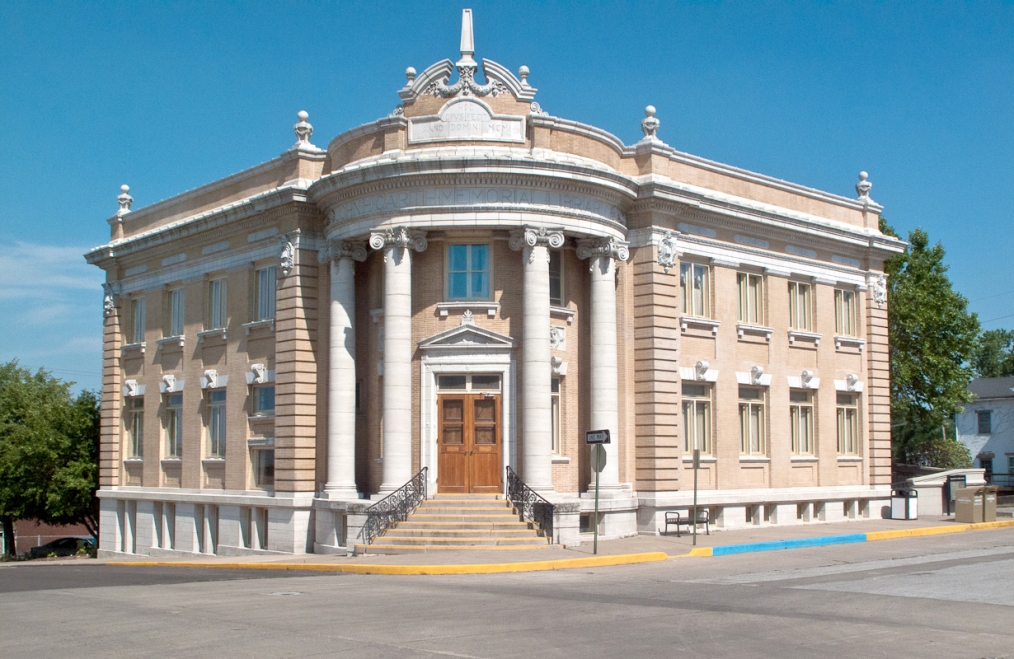 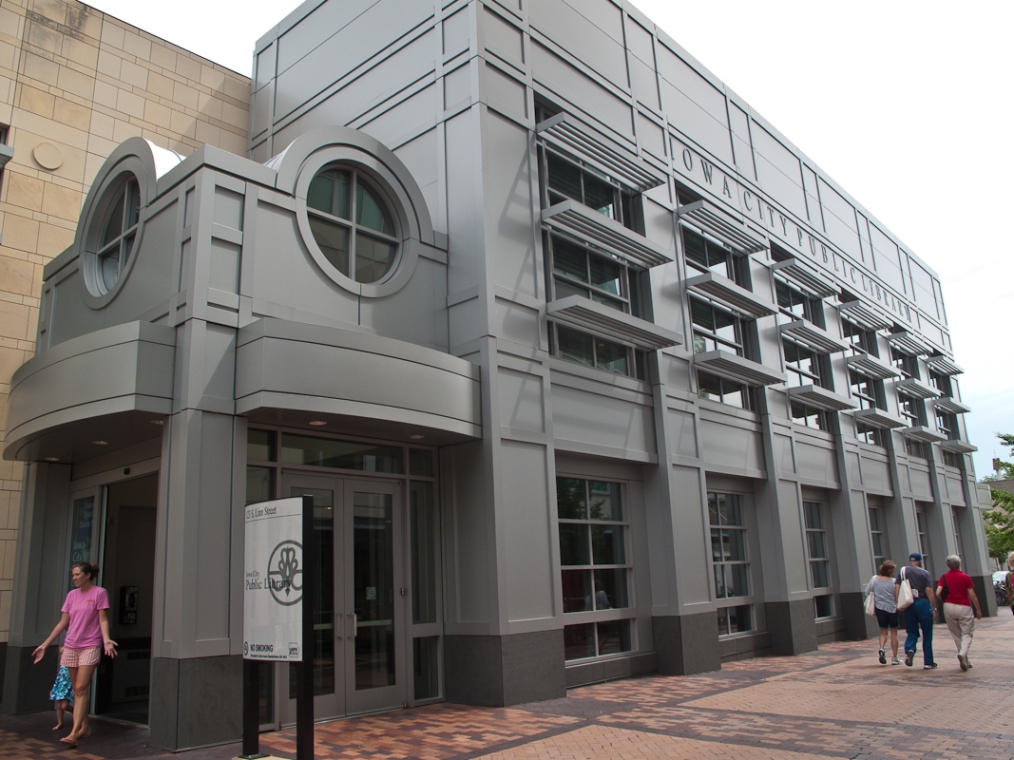 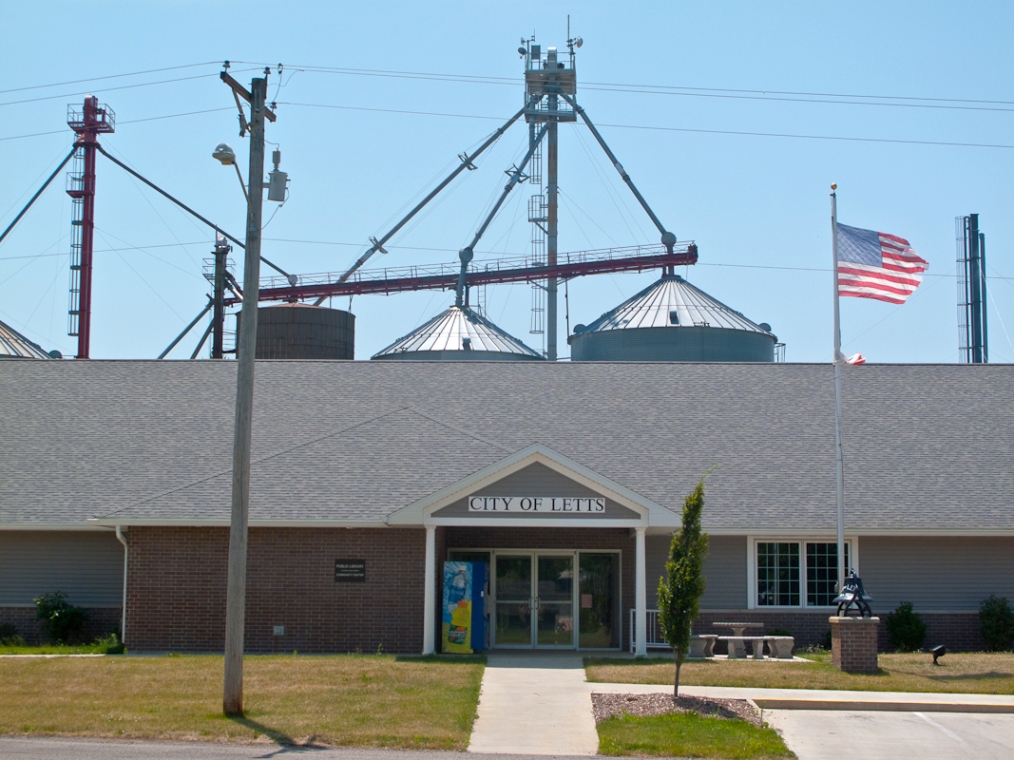 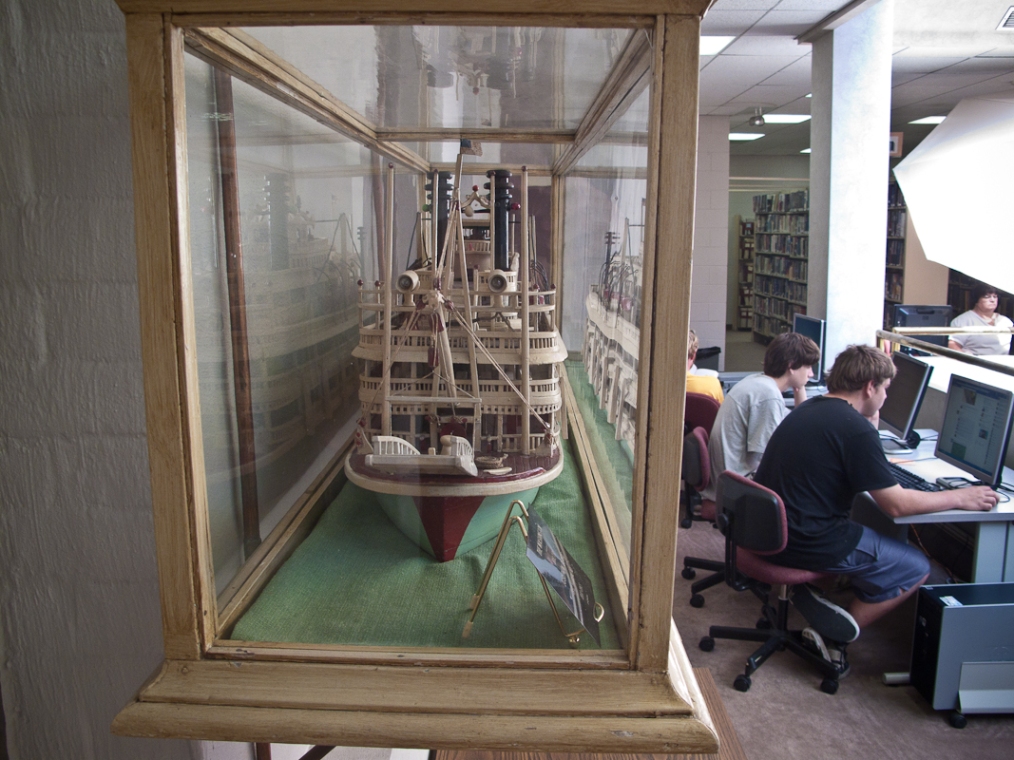 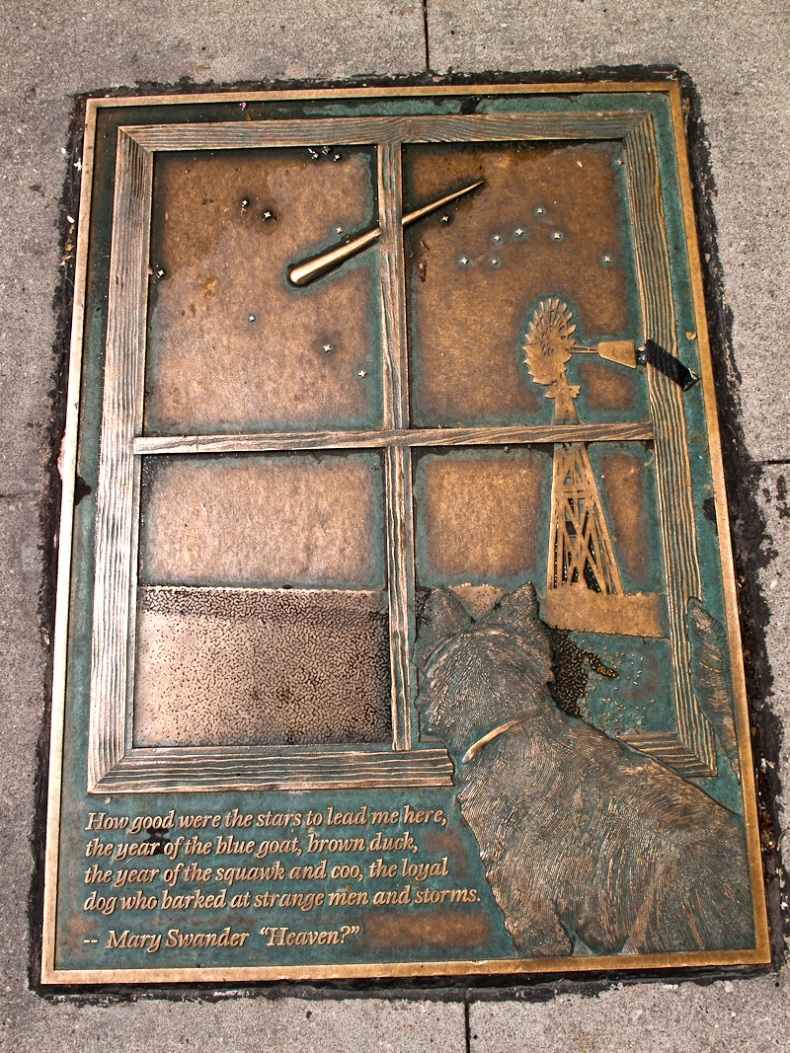 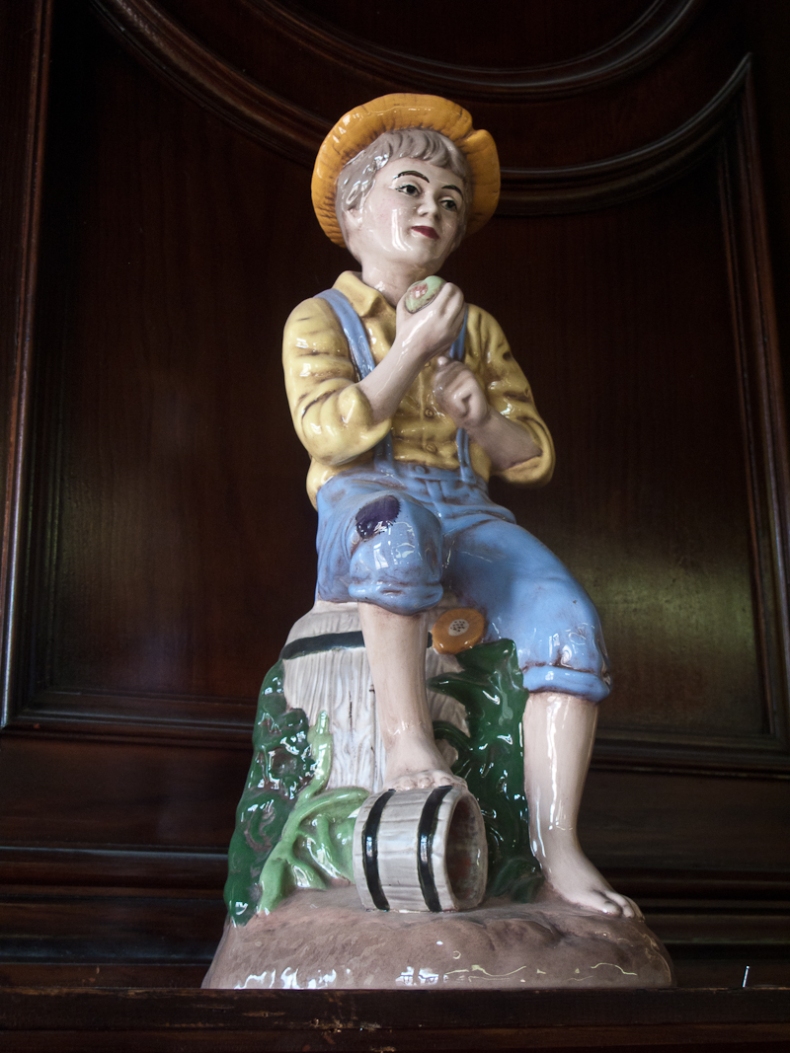 MANY SIDES OF ST.LOUIS

6/30/12 – I knew that the Central Library in St. Louis was closed and was being rebuilt. I photographed it anyway as an example of another grand urban library. In this case with a chain linked fence around it. It was a hot Saturday but downtown St. Louis seemed quiet. A large group of homeless was camped near the library but otherwise we saw very few people. The Carondolet Carnegie branch library had just reopened two weeks ago. They had done a beautiful renovation on the inside. Unfortunately, the Central Library had failed to pass on my earlier request to photograph here. As a result, I had to jump through some hoops to be able to photograph this beautiful place. In a poor section of North St. Louis I photographed what used to be a branch library. It is now an empty lot with the St. Louis Arch in the background. We were surprised to see such large areas of extreme poverty in this city. Both of us were exhausted from the heat so we spent the hottest part of the day indoors at the Missouri History Museum. We gulped down cold drinks and saw a good exhibit on the Civil War in Missouri. Coming from California where the Civil War seems far away it was useful to see how the effects of that terrible conflict are still felt here. After a few hours in the museum we felt refreshed and ready to plunge back into the heat. Right away we visited three extraordinary places. The first was an old club that later became a library and is now an abandoned building in East St. Louis, IL.  Much of the town looked like a war zone. Empty buildings that you could see through sat next to open lots. Once beautiful structures had trees growing out of them with grass on the roof. The abandoned library had once been a nightclub where Miles Davis got his start. As in Detroit last summer, we felt that we were protected here by this brutal heat wave. Nobody messed with us because it was just too damn hot! After photographing this relic we almost ran out of gas in East St. Louis. We pulled into the only gas station around. I debated whether or not to become invisible while pumping gas. I realized that in this weather nobody cared about the color of my skin. The second extraordinary place we visited was Cahokia Mounds Historical Site. We had been hearing a lot about this place in our book on CD called “1491”. In pre-Columbian times this was the only city north of the Rio Grande River. Because of its extensive network of mounds it contained the largest earthworks anywhere in the Western Hemisphere. “1491” has been invaluable on this trip by providing the historical context for what we are seeing. We climbed the stairs up the gigantic Monks Mound and off in the distance we saw St. Louis and its Arch and a giant chemical plant belching smoke. We sat on the far edge of the Mound in the late afternoon heat and light savoring this beautiful place. We imagined what it was like here 800 years ago at the height of its power. We think of the utter devastation we just saw in nearby East St. Louis. We wondered about this thing we call progress. Apparently, the Cahokian civilization ended because they destroyed their environment, were poorly managed and their leaders indulged in political hubris. Sounds familiar. We ended the day by visiting one of the great American icons – The St. Louis Arch. This extraordinary monument to Western American expansion is brilliantly conceived and produced. The setting is stunning and the National Park Service does a great job of managing it. However, in some ways it is similar to Cahokia. It is a monumental expression of our country’s great power and ambition. But across the Mississippi from the Arch is the collapsed civilization of East St. Louis. 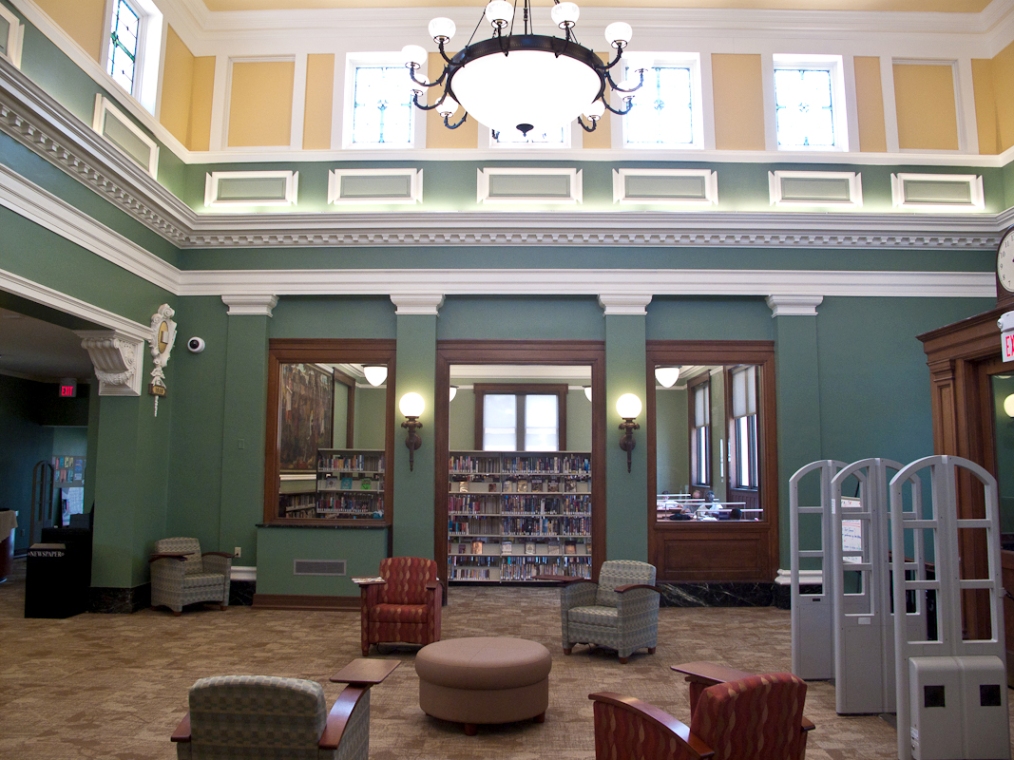 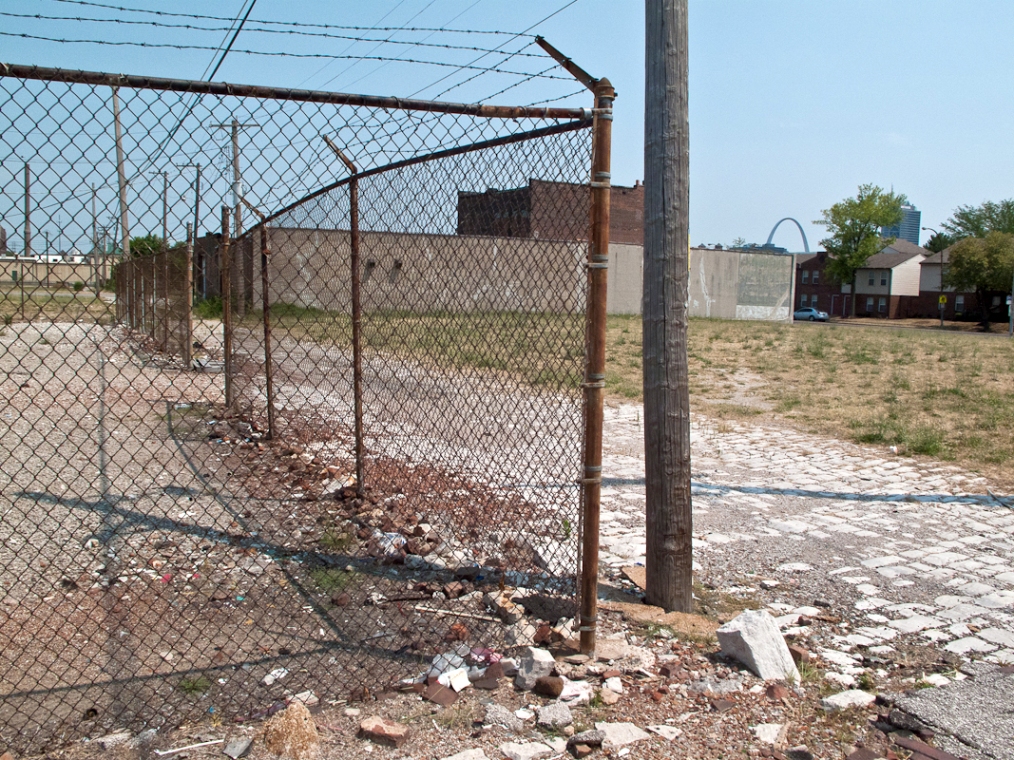 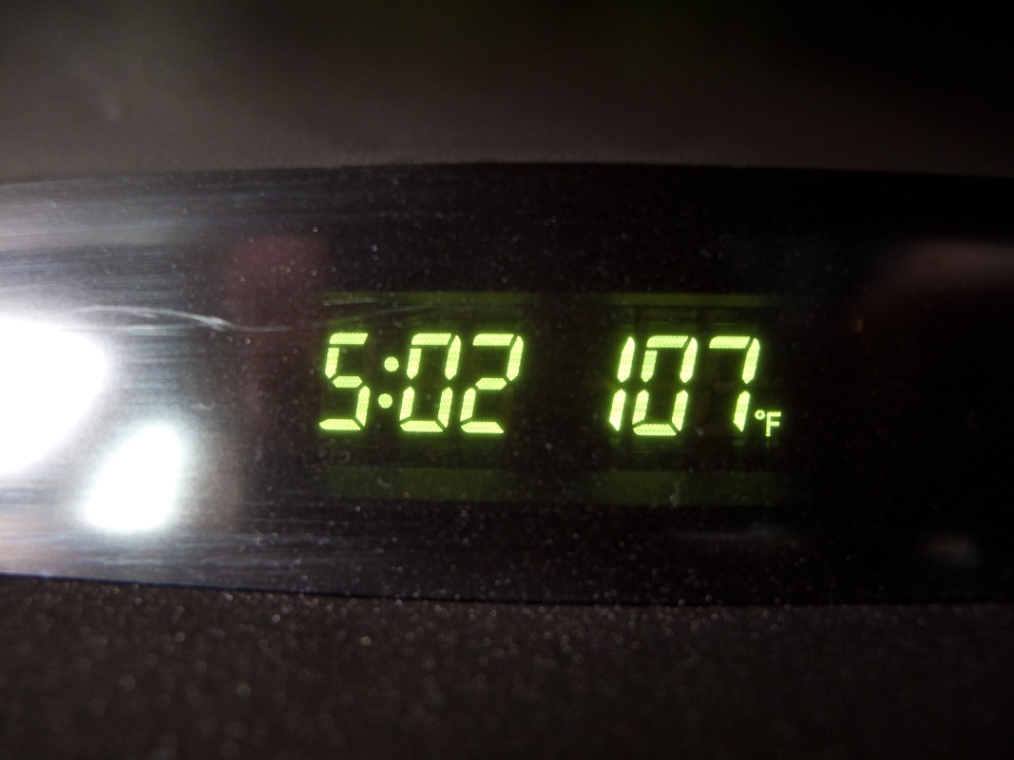 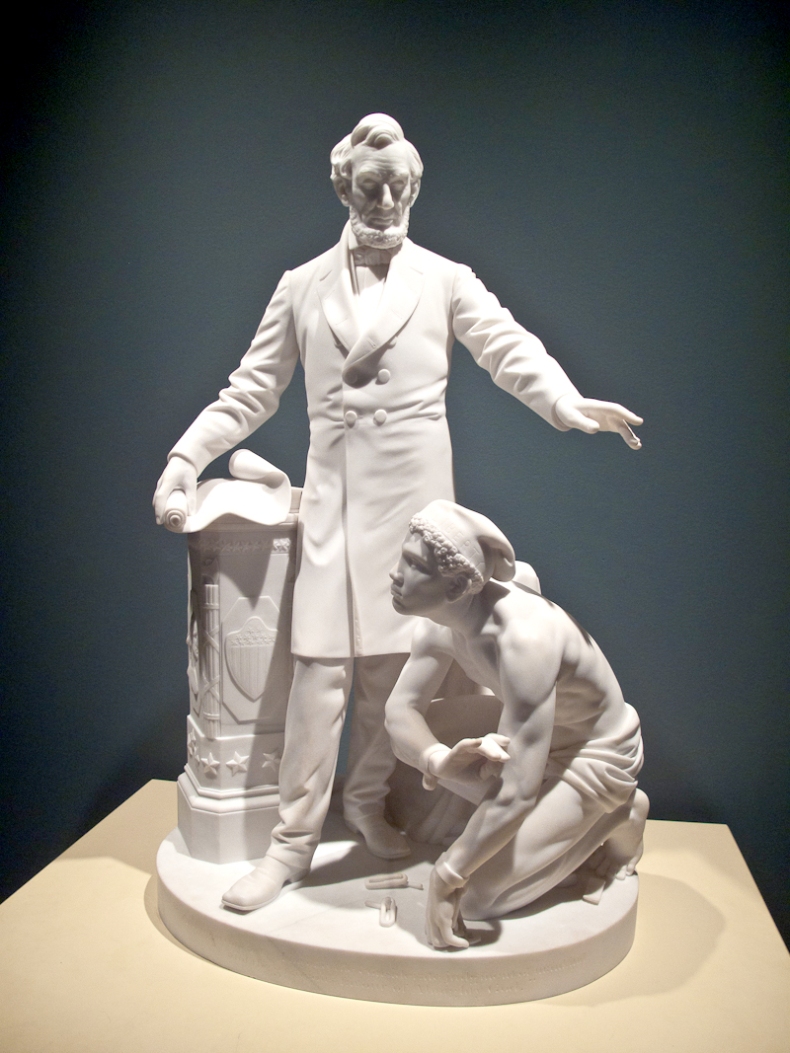 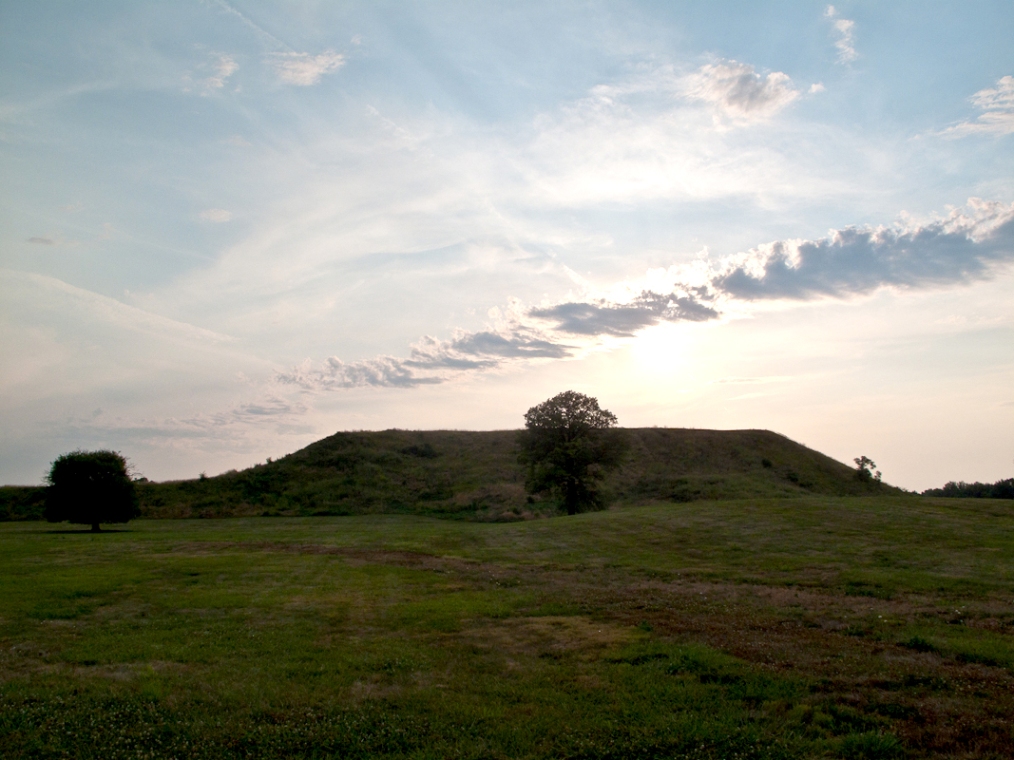 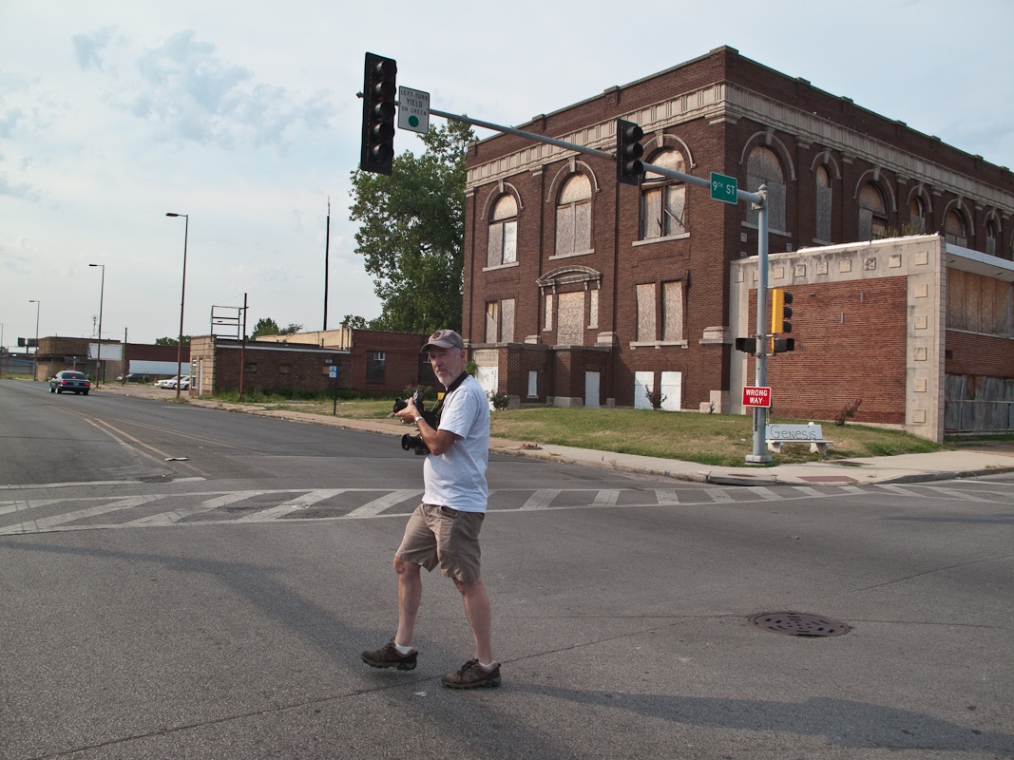 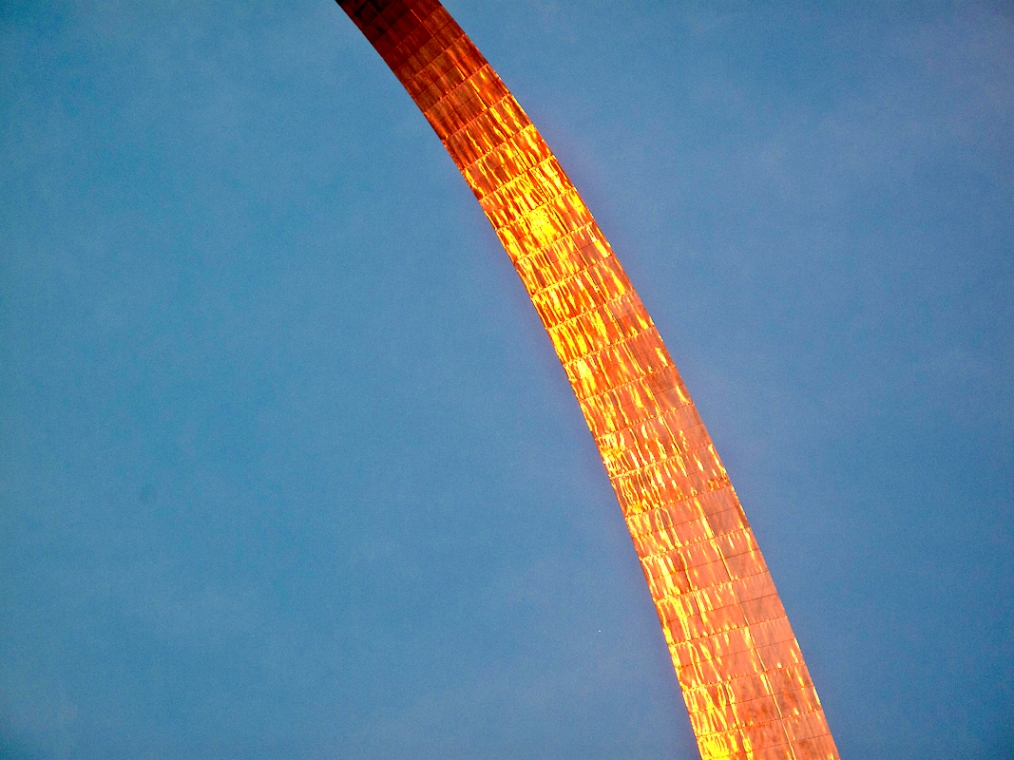 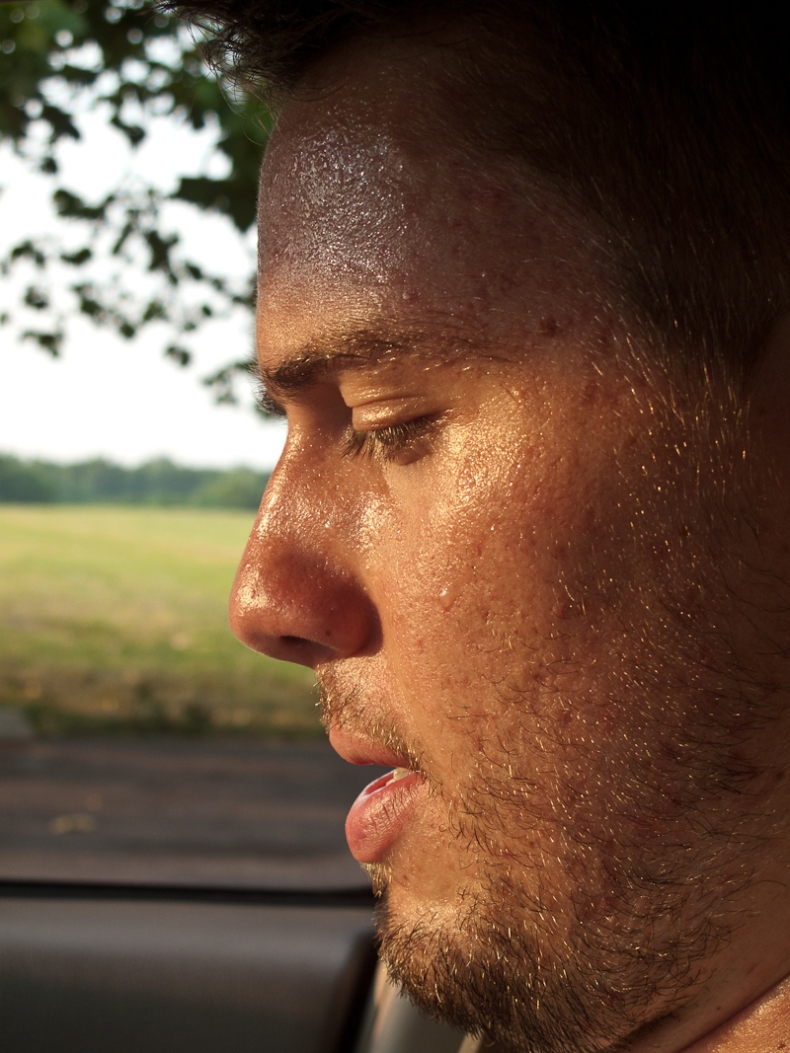 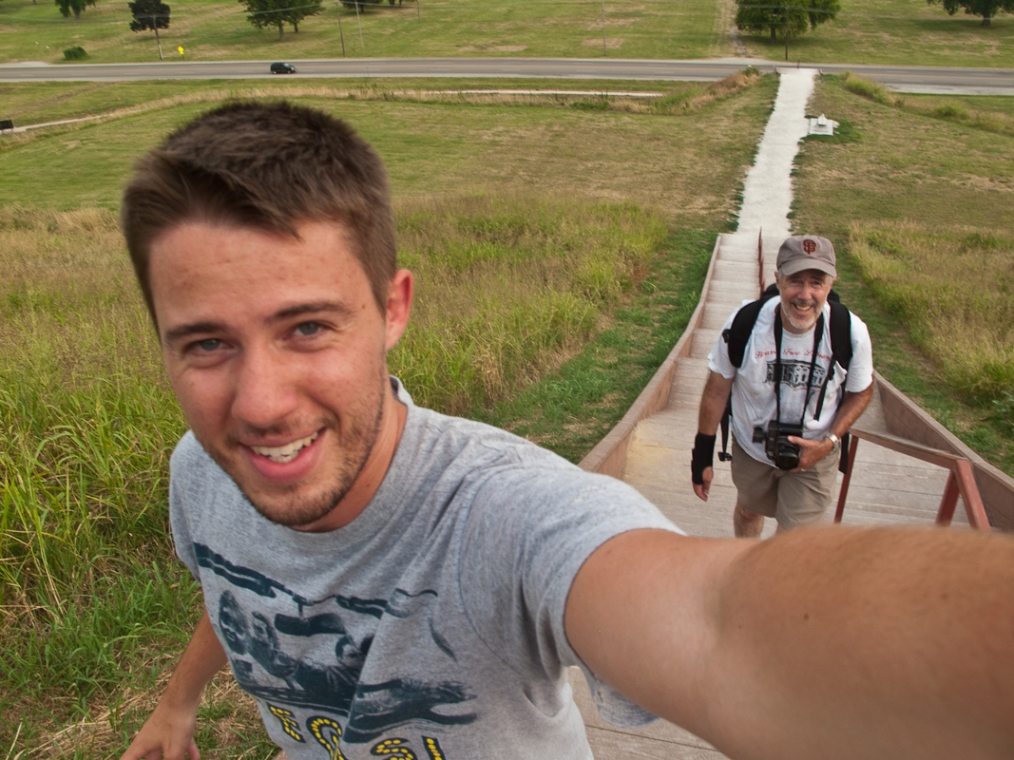 5 responses to “MARK TWAIN TO ST. LOUIS and MANY SIDES OF ST. LOUIS, MO”