7/3/12- The Central Library in Kansas City, MO is housed in a former bank. I had initially been attracted to this library because of the large book murals I had seen on Google and the library website. It turned out that the murals were on a nearby parking structure next to the stunning library. Inside the early 20th century design for a large bank was everywhere. Big columns, a large entrance and dark wood paneling gave the impression of dignity and authority. Downtown Kansas City was going through urban renewal and this former bank-now-library served as an anchor for it. One of the most interesting parts of the library was the old bank vault. It had been turned into a movie theater where they now showed free movies. It reminded me of some of the original Carnegie libraries that I photographed last summer in Pittsburgh. These first Carnegies were intended as more than just a place for books. They included gymnasiums, basketball courts, swimming pools and luxurious theaters. The small movie theater in the Kansas City library showed how some of our contemporary thinking about libraries is connected to the early Carnegie ideals. There was a large homeless population in and around the Kansas City library. It was over 100 degrees outside and I could understand the attraction of a large, beautiful, air-conditioned refuge. But the aimless wandering of some of these sad people clashed in a weird way with the luxurious setting of the beautiful building. Until our society can find a way to compassionately help the mentally ill or the poor or the homeless this part of our nation will continue to use the public library as an opulent sanctuary. I spent several hours admiring and trying to understand the Kansas City library. Two hours later we drove across the river into Kansas. Because the distances were large and we had started late we were only able to photograph one library in Kansas. But it was a great one. The Coal Creek Library was founded in 1859 and this building was built in 1900. It was the oldest subscription library in Kansas and the oldest west of the Mississippi River. It was listed on the National Register of Historic Places. Abolitionists called Jayhawkers founded the community and it was in the pre-Civil War violence called Bleeding Kansas. I spent over an hour in the +100 degree heat photographing this link to the past. We drove back to Missouri and went to a Kansas City barbeque landmark – Arthur Bryant’s. As I later wrote to my friend Craig Weiss this was the “best damn barbeque on the trip”. After eating our way through Texas and Oklahoma last summer we had high standards. But unlike last summer this incredible place was a black owned, urban steak house that was as plain on the inside as the food was good. Photos of customers included Danny Glover, President Jimmy Carter, candidate John McCain and (gasp!) Sarah Palin. After dinner we needed to walk off the rich meal. Walker discovered the National WWI Memorial. It was a stunning monument built in Egyptian Revival Deco style in the 1920s with great views of the downtown. It was huge and almost Stalinist  in concept and scale. It would be appropriate on the National Mall in Washington, DC. We wondered why this monument to a war in Europe was built here. Perhaps it was because we are near the geographic center of the US. Perhaps it had something to do with Kansas City itself. This City has been called the Paris of the Plains because of its great architecture, broad boulevards and tree-lined streets. It has the second largest number of fountains of any city in the world after Rome.  Disproportionate to its size, it has made a huge contribution to American culture through its jazz music and food. We looked out over this beautiful place and savored the meal, the heat and the sunset. 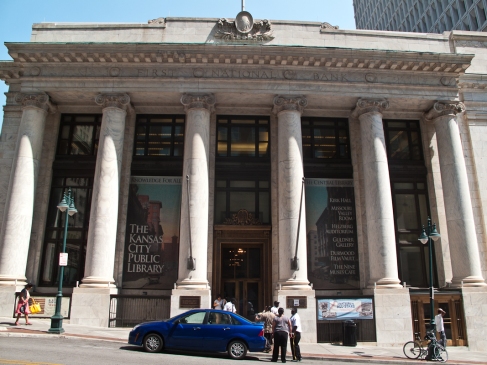 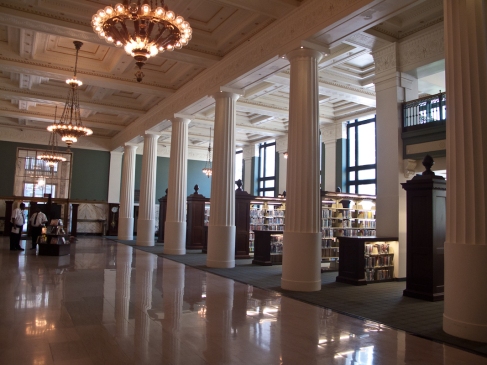 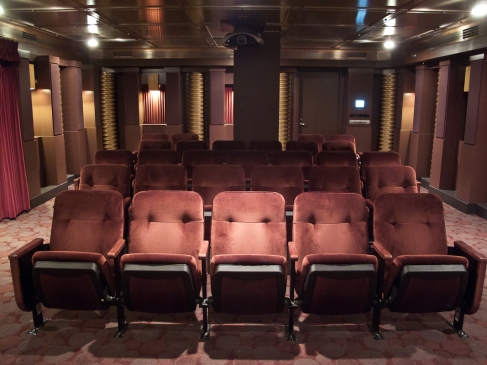